2013 Prostate Cancer Pony Express Rides the Tail of the Dragon


Warning: Use of undefined constant CUSTOM_POST_TYPE1 - assumed 'CUSTOM_POST_TYPE1' (this will throw an Error in a future version of PHP) in /home/yt2iab2ss89s/public_html/test4.thepcap.org/wp-content/themes/PrivateLawyer/admin/breadcrumbs/yoast-breadcrumbs.php on line 237
Home » The PCAP Blog » 2013 Prostate Cancer Pony Express Rides the Tail of the Dragon
Posted by Robert Hess, August 7, 2013 • The PCAP Blog • 1 Comment

Breakfast with the Dragon
We started off with breakfast at the restaurant – biscuits and gravy because this is the South! Right?

Then it was off to cruise the 318 turns on the Dragon in the rain because the weather front is huge and probably won’t finish until tomorrow.

There was a light rain but virtually no wind. You can see the flag hanging straight down. It was fun riding the Dragon on Tuesday in picture perfect weather, and it was fun riding it today in the rain. It just takes a bit more concentration!

Paying My Respects to Davy Crockett
Davy Crockett’s birthplace is just off of Interstate 81/Highway 11 on the way to Harrisonburg so, rain or no rain, I’m going to stop by and see his birthplace.

Here’s the Assembly Point for this Sunday, August 11th . . . 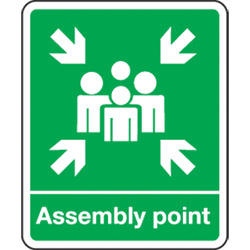